There is a characteristic that is ultra-common in most cases of COVID-19 inoculation-related deaths. The existence of low adrenal capacity, also known as hypoadrenocorticism. Also known as adrenal insufficiency or subclinical Addison’s disease. This is a condition where the capacity of the adrenal glands are compromised. Moreover, these glands must deal with all sudden crises faced by the body, including anaphylactic reactions and medical injections.

Vaccines are a domain resisted by the adrenal glands. If they are insufficient in their force, death can occur precipitously. The sudden deaths post-vaccination can often not be explained. It is simply that the adrenal glands cannot withstand the assault. As a result, there is a rapid fatality rate that oftentimes can’t be documented through autopsy. Yet, medical history and circumstances confirm it is from the shots.

This is a major issue, and the industrial-pharmaceutical sectors completely neglect it. Doctors and nurses don’t realize it. The fact is, low adrenal force is a contraindication to a vaccine injection, especially by the COVID-19 shot. When the vaccine is injected, there is a toxic reaction: the cytokine storm. This sudden toxicity involves the massive release of substances called cytokines, which are mediators of inflammation. To combat this, the body must make adrenal steroids, such as cortisone, which are natural anti-inflammatory agents. With adrenal insufficiency, this combative release is insufficient. Thus, a person might suffer an allergy-like reaction or, in the extreme, a fatal consequence. Death could occur from the uncontrolled shock itself or via heart attack or sudden bleeding into the brain or stroke.

Importantly, it is well-established that those with adrenal insufficiency are highly vulnerable. From any sudden toxicity, they can readily suffer consequences, including death. These people must never be subject to infectious assaults unnecessarily. Thus, invasive or harsh dentistry, a spreader of germs, including root canals, and vaccinations must be used/given with the utmost caution and should be avoided. In the extreme of this, Addison’s disease, low adrenal cases simply collapse and die from various infections, including fungal overload and tuberculosis.

Consider nurse Tiffany Dover. She quickly collapsed in a fainting episode minutes after being shot. No one has essentially heard from her since, while she likely has died. The circumstances of her sudden reaction have been covered up. Yet. here is the point. With her blue or hazel eyes, wispy hair appearance, receding chin, plus bodily thinness, she was the classic low adrenal case. Her voice was also moderate and not strong. There many classic signs; she had many of them. Plus, she claimed when she last spoke to have a fainting tendency, which, if true, is classic low adrenal.

Some of the major signs and symptoms of low adrenal power, listed on www.ebodytype.com and in the forthcoming book, The Body Shape Health Solution, are as follows:

These are merely a fraction of the symptoms and signs that are represented. Detailed tests can be found on the website, as well as thorough information listed in the book. The point is that if a person scores high on this, whether younger or older, the shot is contraindicated.

Presumed dead, Dover is a clear hypo adrenal case with a relatively long and narrow index finger and wispy hair. Fare features with light-colored eyes add to the vulnerability quotient. She should never have taken this experimental mRNA shot with her vulnerabilities, especially as a live PR stunt.

This Israeli is a clear and categorical case of a man with low adrenal capacity, having a wide range of signs. These signs include a receding chin, narrow face, sunken chest, and long extremities. It is impossible to see, but he could likely have had an extended index finger compared to the ring. It may be hard to believe, but this man has since passed, though being vital before, all from inoculations.

Brittany Hall-Perez took the shot while seemingly being proud of it. She captured a selfie surrounded by imagery promoting inoculations: 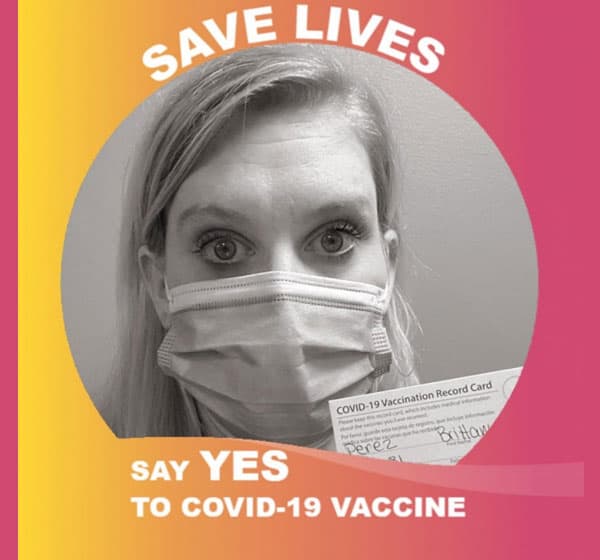 It can be summarily seen that at least in this image, she is a low adrenal case with a narrow head, light-colored eyes, and wispy hair. She seems somewhat in shock already, some minutes after the inoculation. Notice that the whites under her eyes are showing, which is a sign of toxicity. At 39, she died only one day after being injected, and it is impossible that it could be from any cause other than the injection.

Kassidi Lyn Kurill. Thirty-nine of Ogden, Utah, died from complications due to the 2nd Covid-19 vaccination. While she doesn’t have all the classic signs, she was of fine features and thin, possibly an extended index finger, which is evident in her daughter’s case. She leaves one child behind, and it is virtually unfathomable that the shot could be so poisonous to kill her rapidly. If she were a refined sugar consumer, this would make it worse.

The Portuguese nurse, Sonia Acevedo, God rest her soul, is an obvious adrenal case. Though heavier set, adrenal cases can be of this type; clearly, she had a receding chin and fine hair. Acevedo’s adrenal force was low, and she rapidly succumbed, some two days after the injection. Such a feature is manifested as the boney prominence not protruding out of the line of the face. This means that a person has a low capacity to fight toxicity, which was precisely the case with Ms. Acevedo. She should have never gotten the inoculation in any dose.

Too, adrenal steroids are antihistamines and the primary agent the body produces to combat prolonged allergic toxicity. The gland also makes epinephrine, the critical component of the Epi-Pen, also, curiously, a Pfizer production.

Clearly, there is a physiology to this as to why some people survive, and others don’t. Adrenal steroids are the necessary lifesaving element. Take these tests to determine your status. If you are a definite adrenal type, avoid the injection at all costs. If you take it regardless, be sure to take antidotes such as ashwagadha, natural-source vitamin C, and especially multiple spice oil extracts.