Did the world lose over two million people for nothing, with some 550.000 in the US alone? The deaths could have easily been prevented had the right approach been taken. This is through the knowledge of natural medicines, which doesn’t seem to exist. Coronaviruses, for one, are minor pathogens. “They are easily killed with a variety of natural, God-given complexes. These complexes include raw garlic, onion, fresh lemon or lime, ideally with the rind, cinnamon, ginger, cumin, sage, and oregano. If sufficient amounts of these are put into a culture medium with this germ, it will be readily inhibited or killed. If people had this knowledge and confidence, they could have easily treated the condition right from their home; if they only would have known.

It was the lack of knowledge such natural medicines that allowed so many deaths. It used to be that populations had at least some awareness of these, but it is not so any longer.

It is also the resistance against them, a conspiracy of silence. This is perpetrated by the drug cabal, which sees these refined and powerful sources from natural as a monumental threat. In the early 1900s powerful monopolists, especially John D. Rockefeller, saw naturalistic medicine as a threat as well as any non-pharmaceutical approach, like chiropractic, osteopathy, herbal medicine, and homeopathy. There were herbal and homeopathic schools in America at the time. The hostile and insidious one, Rockefeller, crushed them all.

At the turn of the century people were familiar with natural drugs, partly through patent medicines. Many of these therapies were derived from native American lore. Some of them were effective, others perhaps only marginally so. Yet, one element is certain, which is that deaths or serious consequences from these herbal tonics were unknown or highly rare.

Now, globally, people regard natural medicine as fringe. This was not so in the early 1900s, Rockefeller’s monopolistic plots are fully responsible for this. As noted by the Meridian Health Clinic natural and herbal medicines were then highly popular in America, known to be both effective and safe. Nearly one half of all medical colleges and doctors practiced holistic medicine, This was based upon extensive knowledge from Europe and Native American traditions. 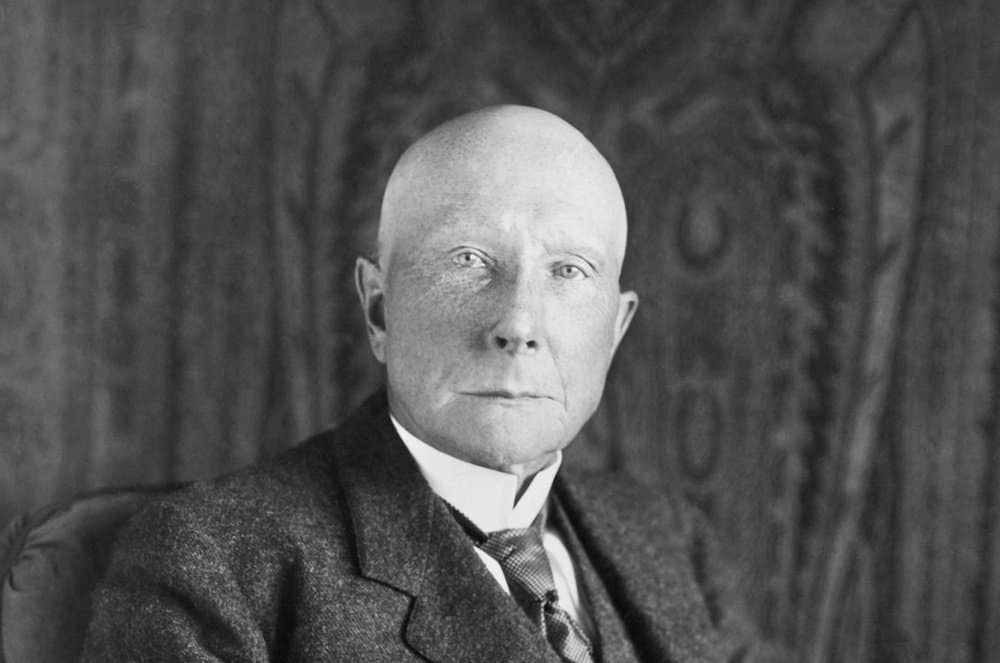 Rockefeller had the necessary plot plus the power and money to support this. As in his oil monopoly he had to eliminate this ‘competition’ to prevail. Thus, to do so he purchased high stakes in the powerful I.G. Farben, the German pharmaceutical company responsible for making caustic chemicals, the world’s first pesticides, and munitions.

Natural and holistic medical specialists were more than he could stand. There existed specialists in water therapy, naturopathy, light and ultraviolet light therapeutics, Oriental  medicine, osteopathy, chiropractic, homeopathy, and herbal medicine. He wanted rid of them all. To do so he hired a political hit-man named Abraham Flexner. It was the arch-devious Flexner who through chicanery and trumped-up information caused the U’S Congress to help Rockefeller do so, eliminated these modalities and their schools. This  gave the AMA the right to grant in the US medical licensure; everything else was deemed quackery and made illegal. With few exceptions it holds this position today.

Once with federal backing manifested by the shuttering of schools or altering the curriculum, he was able to eliminate reference to natural cures, This was a major feat, as this was embedded in the system as well as the doctoring books.

Rockefeller went to work. He launched a smear campaign, discrediting and demonizing natural medicine and homeopathy, To make an example of this some health practitioners were arrested and jailed for dispensing these treatments.  This has been ongoing into the latest times, where tens of thousands of practitioners have seen their careers destroyed. This monopolist destruction of natural cures is the greatest loss suffered by Americans today, which the current infectious crisis has fully proven. It is a violent upheaval of the human’s native rights that has lead to countless unnecessary deaths and sicknesses.

Let us bring back what has been stolen from us. Acupuncture is now widely available, as is Oriental herbal medicine. Chiropractic has made a full comeback, while osteopathic medicine has largely been co-oped by allopathy. Naturopathy is strong and several schools of herbal medicine exist. Through health food stores an endless set of remedies are found.

Yet, what is most potent, and what is conveniently available to most people? Let us make the list of the key ones, so that people know what is good and powerful in case they get ill. This is largely just like they did in Victorian times. Many of these, as found in Foods that Cure, (same author, Knowledge House Publishers) are listed as the following:

A universal germicide everyone knows how caustic is this spice. According to Cornell University in its Quartenary Report garlic kills all pathogens against which it is tested.  The same was found by hundreds of others. At the slightest evidence of a sickness, including throat or respiratory, raw garlic can chewed or consumed. In recipes the cooked spice, even as a powder, still has value. It can also be boiled in a soup base still with much therapeutic power. The regular use of this herb largely prevents communicable diseases.

Onion has also been proven to be a universal germ killer, while also enhancing nutrition and blood flow. Eat raw, it greatly opens the lungs, soothing the bronchial tract. Onions are a reliable natural medicine for immune function and can be routinely consumed preventively. If a person is ill, a soup can be made with large amounts of fresh onion and garlic, while if this is unavailable, the power or salt can be used, Adding garlic, this should get most people through their sudden health crisis.

Make no mistake wild oregano is one of the most powerful natural medicines known. It can be added to food and made into a tea. Yet, more dependable is the oil of oregano as found in health food stores and online, especially the wild kind. This has been shown to decimate germs, inlacing viruses: including coronaviruses and flu pathogens. In fact, it is so potent that nothing, no chemical or natural complex, can match its germ-killing powers. Up to 50 times more powerful than raw garlic it is available as drops under the tongue and also as gelcap. Avoid all  “standardized” oregano oil, as it is impossible to do so in wild nature. Every batch is different. Beware also of all farm-raised types, such as those from Greece, as these are based on cloning and manipulation on dirt. In contrast, truly wild oregano, from which the oil is distilled, grows in high elevation in the rocks. Wild oregano oil can also be found as an aromatic spray with bay leaf and clove bud oils. Oil of wild oregano is also available as a multiple spice oil complex with oils of cumin, sage, and cinnamon which has proven to be highly aggressive against respiratory pathogens.

In tests at Georgetown University cinnamon was found to kill a variety of germs, including fungi and bacteria. This is true of the powder but especially the oil. Other studies have shown it to be active against viruses. In one study cinnamon oil was determined to break apart viruses, causing under electron microscope “disintegration.” Yet,, no drug can do so. In another in vitro study a combination of four spice oils, including cinnamon, cumin, and oregano, as listed here, killed all traces of coronaviruses in 20 minutes. For the powder it takes lots to be effective, like a teaspoon several times daily for respiratory syndromes.  People should be relying cinnamon in every way possible, especially now.

This is also an aromatic spice germ-killer, this power being found in both the seed and the oil. The oil is known as an antimicrobial and specifically destroys bacterial biofilms. Brown cumin seed has a number of therapeutic properties and is a broad-spectrum germicide. It is one of the active components of the multiple spice oil supplement that was the subject of critical in vitro research where the combination of oils of cumin, sage. cinnamon, and oregano proved highly effective. The seeds also have value and can be added to all soups and meat dishes as well as stew and chili.

Who doesn’t  have these five foods and spices in their kitchen?